James 'King Cod' Gilpin first suggested the idea of one 'members' summer match** a month on 18th April 2015 during our 60th Annual Presentation night, (with minimal paper work for organisers) and a few of us have embraced the idea.

One rod only, two hooks, one treble, all types of fishing allowed.

Due to the Covid19 pandemic
Summer Matches are on hold

Didn't fish myself as on holiday.
Photographs courtesy Jimmy Hewitson 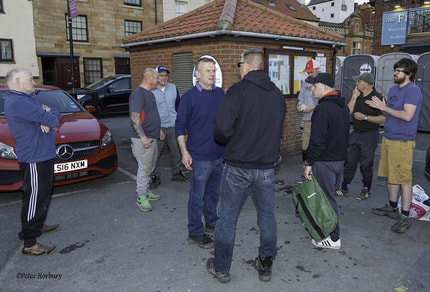 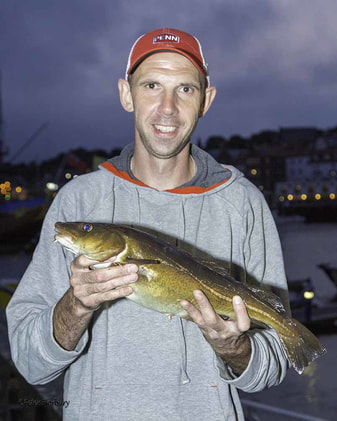 They are open to non members.

James has announced the dates below.

This year summer matches are as:-

Money must be paid upfront.

All are welcome to fish.

All to fish for with two matches left.

High water 17.20 hrs 5.9 metres
Low water 23.32 hrs 0.8 metres
1022 mb, 18°C, ESE slight breeze, 1-2 ft NNE swell
I was joined by Rich Deadman, and he chose the venue - little tunnel - I hadn't been there for over 20 yrs, but found it no problem.  Bites were few and far between for Rich & I.  Plenty of sprats jumping as mackerel chased them.  Water was ever so lightly coloured.  Turned colder mid match and a slight drizzle fell for a short while.
Round-up - Ben Laws caught wrasse & mops, nothing that bettered his partner James Gilpin's 2 pollack.  Mike Bowman had had wrasse & mops but nothing worth keeping.  Colin had a couple of small codlings to weigh.  Rich & I had had nothing.
At the weigh-in, and James' heaviest pollock was 3 lb 03 oz.  Colin reckoned his codling wouldn't match James' 3 lb 03 oz, and was about to concede defeat but popped the better of the two on the scales 'just to see' - 3 lb 03½ oz.  To which James said in true Victor Meldrew style 'I don't believe it'.
Well done Colin.
AGM on Wednesday 2nd September, 7.30 pm Whitby Rifle Club and the 2015 - 2016 Season to start Wed 30th Sept.
Tight lines
Peter

Only two members fished on a foul day, heavy rain, cold and a sea running.  Both James & Ben went to Iron Spring.

Missed the match myself on holiday in Madeira.

An 8 shot panoramic of Cloughton
3rd Summer match - Ben, James & I headed off to Cloughton.  As you can see it was a cracking day, not much swell, water was neither coloured nor clear, more brackish.  Wind was off land and warm, James dispensed with his shirt & with his back to the sea (on his first cast) a wave smacked the scaur front and icy cold spray shower covered him.
Small fish were at you all the time, and regular bait changes (a cast every 15 mins) kept you busy.  Ben moved on to Raggle scaur and I watch him land a codling (1 lb 14½ oz).  I landed one soon after, but it was undersized and very red.
Mid match and James moved further south, but was unsuccessful. With an hour to go moved along side Ben "to poach one" and did just that (2 lb 01½ oz) to win the match.  Well done James 'King Cod' Gilpin.  The only other, with fish, was Dave Hambley (1 blegg).  Next match date may change due a number of regular participants having commitments.
Tight lines

Simmo 2 - 0 the WSAA Summer League
2nd Summer match, same times, and must of paid to enter with James before the match.


South westerly wind, with some north westerly surface blash 1 ft+, 1004 mbar, bright sunshine and clear water, far from ideal for the 2nd 4 hr summer match.
James Gilpin, Ben Laws & myself headed off to Filey Brigg, and Ben caught the only fish, both undersized - a wrasse and a codling.
Despite fresh peeler there was nothing better to be caught.
Wind grew in strength and pulled end tackle into snags with heavy losses.
Couple of seals took advantage of the sunshine on Filey Brigg.
Meanwhile on Marine Drive, on his 2nd cast Iain Simmo Simpson had hooked a fine cod of 8 lb 09 oz, landed by Dave Hambley.
Well done Iain that 2 wins. 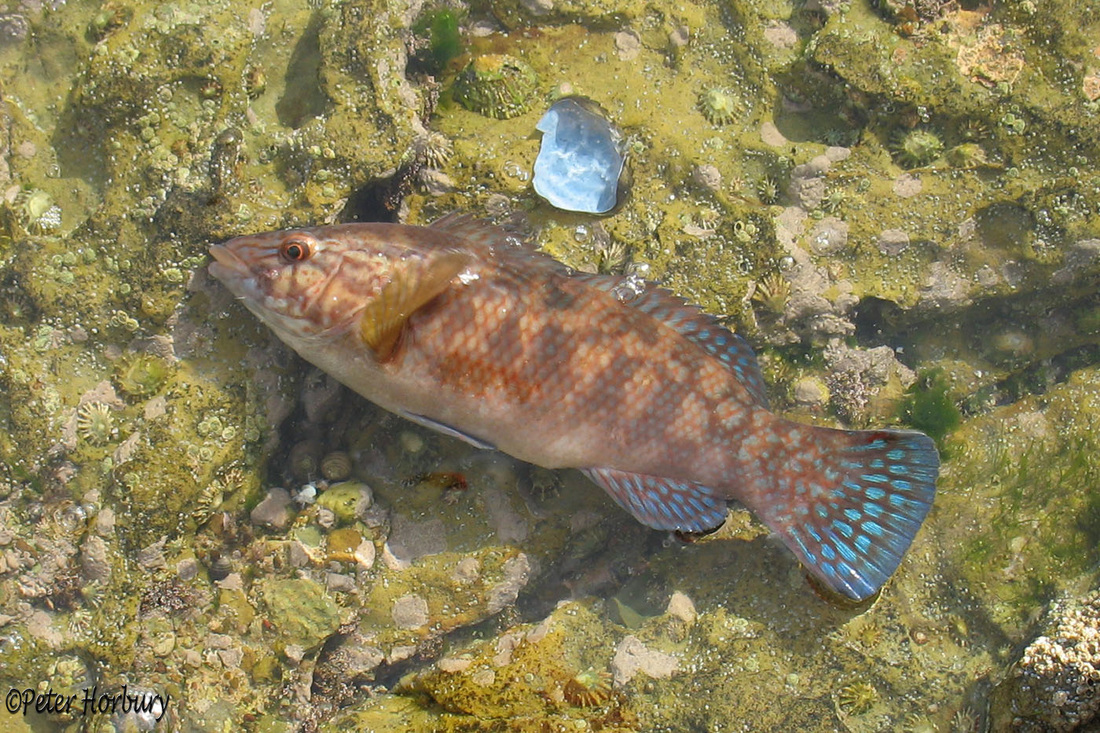 
Fishing over low water, last hour of ebb, then 3 hrs up, and the well coloured swell was intermittent.  Conditions were sunny with a strengthening westerly wind.  With only a blegg to weigh-in Iain 'Simmo' Simpson won the match.  Not a bite, was common amongst those that fished.  The rain held off and what did show, past by well out at sea, after 20.00 hrs. All were cod fishing, which may have been a mistake as some large flatties were caught in Staithes harbour.
James will soon be announcing the next match date - watch this space, as they say.

PS couldn't resist taking a few shots of these balancing stones before the match started (good job as they had been knocked down by 8pm).  To be added to Curiosity. 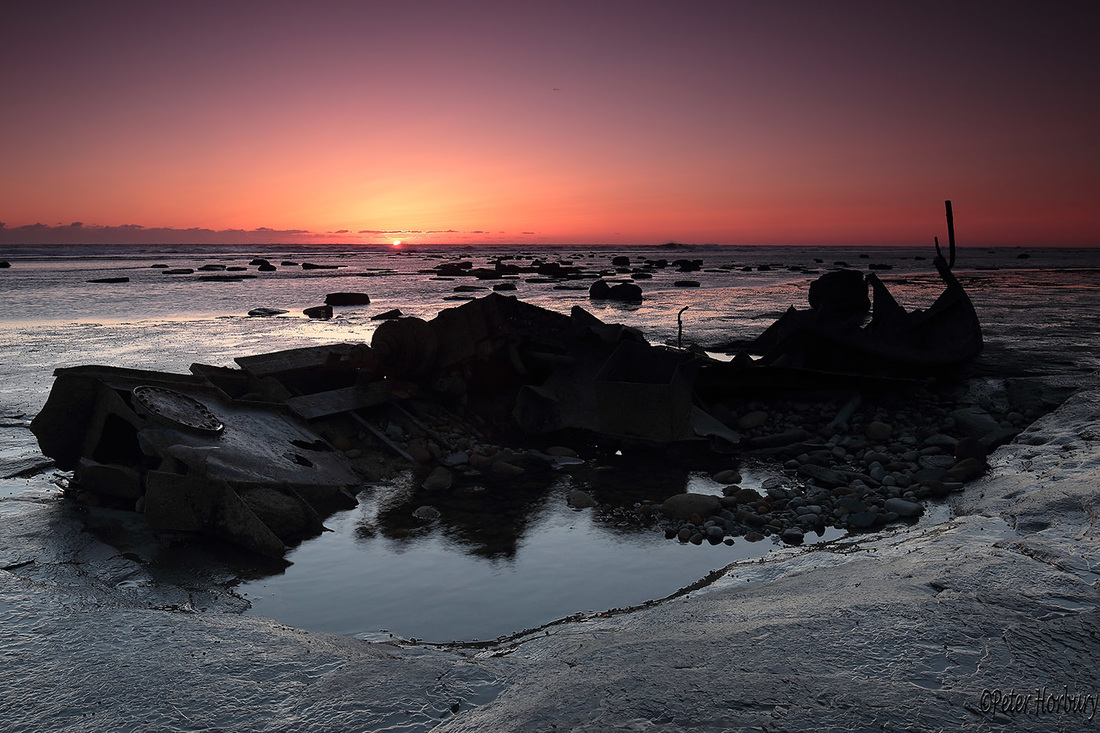