In order to determine 11th place onwards, and seasons totals for both weight & fish numbers, all data from ledger re-entered into an Excel spreadsheet 12th - 15th March 2014.
Seasons Results. 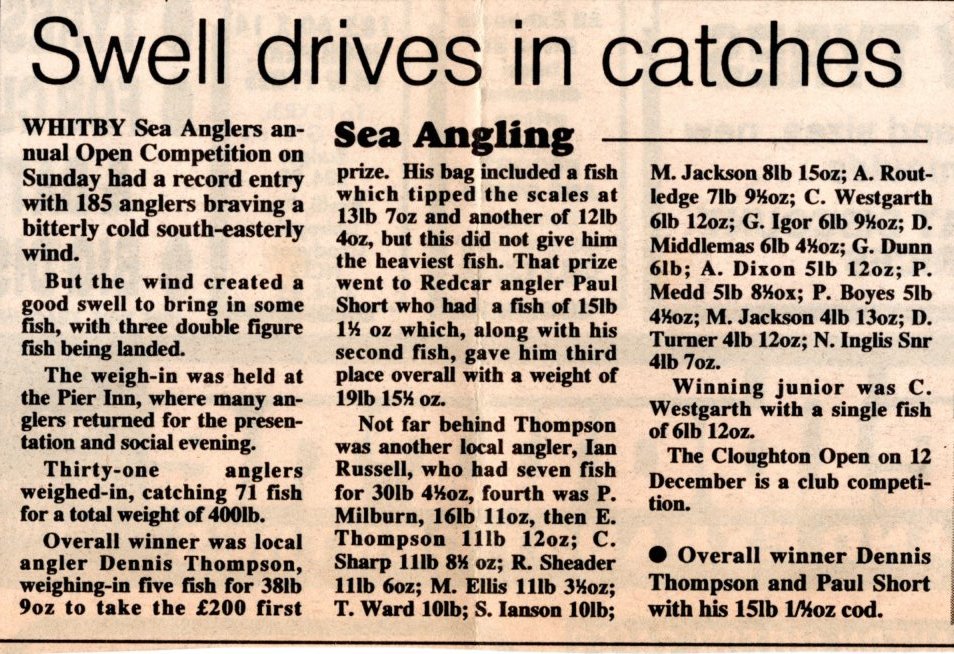 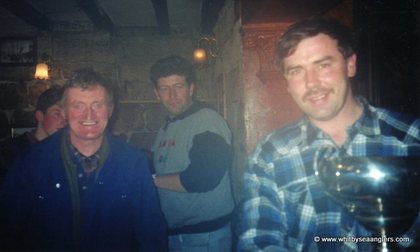 William Atkinson and Denis Thompson, 1993. Photograph by Bernard Vasey.
Members results:-
30 members entered and 7 members weighed in.
Leader board at the end of November after 18 matches.
Total weigh-in 581 fish for 1,257 lb 10 oz.

28 members entered and 10 members weighed in.
Members club results.
Christmas match
Leader board at the end of December after 25 matches.
Total weigh-in 685 fish for 1,529 lb 06 oz.

Gazette '24 trophy is back 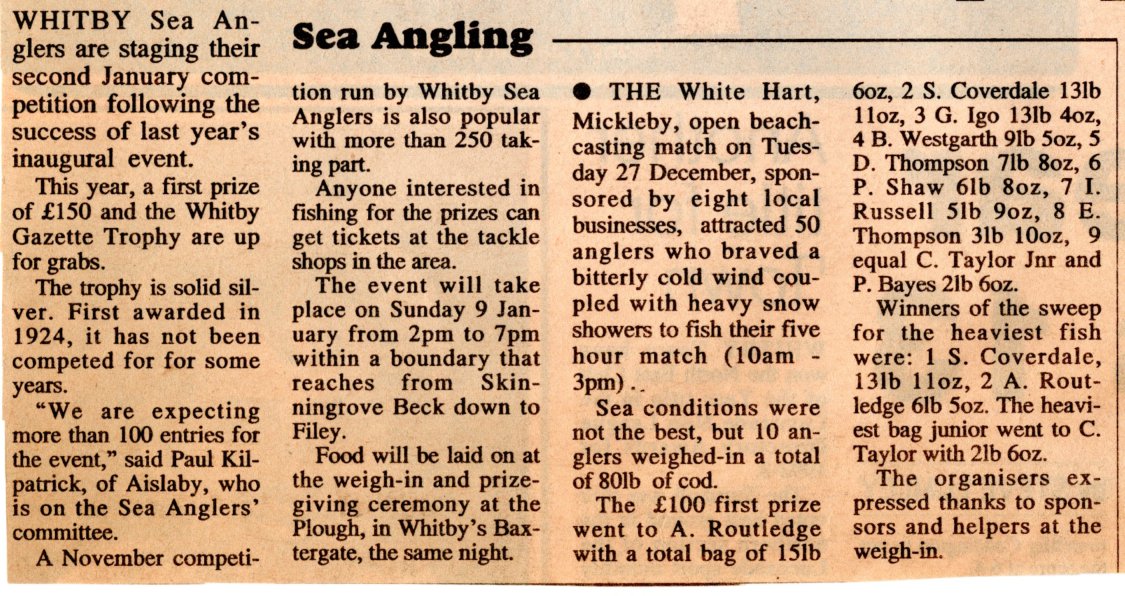 This year, a first prize of £150 and the Whitby Gazette Trophy are up for grabs.

The trophy is solid silver.  First awarded in 1924, it has not been competed for for some years.

"We are expecting 100 entries for the event," said Paul Kilpatrick, of Aislaby, who is on the Sea Anglers' committee.

A November competition run by Whitby Sea Anglers is also popular with more than 250 taking part.

Anyone interested in fishing for the prizes can get tickets at the tackle shops in the area.

The event will take place on sunday 9th January from 2pm to 7pm within a boundary that reaches from Skinningrove Beck down to Filey.
​
Food will be laid on at the weigh-in and prize giving ceremony at the Plough, in Whitby's Baxtergate, the same night.

The organisers expressed thanks to sponsors and helpers at the weigh-in.

A 10 lb 06 oz cod won the Whitby Gazette Trophy for Darlington angler Bernard Westgarth in Whitby Sea Anglers' January Open competition on Sunday.
The match was sponsored by Sam Smith's Brewery.
Seventy-seven anglers fished for five hours on an ebbing tide for the Whitby Gazette Trophy first awarded in 1924, and 26 anglers caught a fish to weigh-in at the Plough Hotel, Baxtergate.
Bernard Westgarth also had the heaviest bag of fish at 22 lb 02 oz, second was A Brown, of Scarborough, with a cod of
8 lb 14 oz.
Local anglers Norman Brittain and George Middlemas had cod of 6 lb 06 oz and 5 lb 08 oz and took prizes.
A total of 38 fish were caught weighing a total of 123 lb.
All anglers enjoyed a social and buffet at the Plough Hotel during the evening. 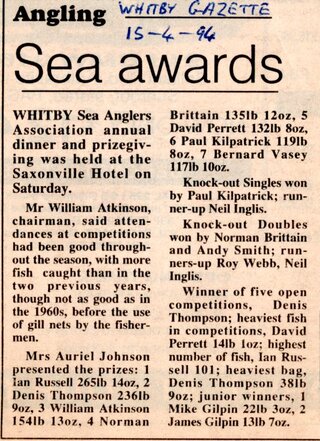