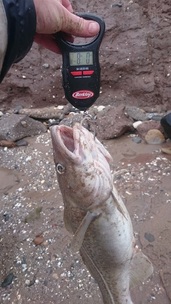 ​Dropped our lass off at 7.40 in Hull and had til 3pm to kill on the north bank. Thought I'd keep it pretty local and go to Paull Cranches, but the wind was horrendous as I thought it might be.
A quick call to Adam Peacham and a chat about the tides made my mind up, so off to Cowden I went via Hornsea to get a packet of squid off Keith. I had none at all and hate going fishing without any!
Got fishing around 11, pumped half a dozen worms too for a bit of fresh bait.
Had a couple of whiting an hour into the flood and nothing else.
​Set up another rod with a tiny squid bait and blasted it as far as I could.
I was after a skate to try and overtake my mate Cammish Butchers in our little heaviest fish bet. A couple of hours into the flood and as I was watching my rods the one at range with squid started to pull slightly then start to drop back. I grabbed the rod and began winding and walking back simultaneously.
Fish on! It felt like a good lump. It did nothing all the way in, I was certain it was a skate until I got it all the way in and then it came off in a few inches of water in the edge, I dashed towards it, rod still in hand and secured my second biggest cod, a lovely 8 lb 01 oz.
Half an hour later I got the dreaded text
"I've finished early can you please pick me up in Hull at three" ..... ******** **** ****** etc

Anyway, nice little session and glad I changed my mind and went to the coast.

​Dan
Many thanks Daniel for sharing.

Many thanks to WSAA member Mike Bowman for sharing these photographs of a Sun fish - link.
I have heard of them been seen off Whitby, but never seen one myself.
Unfortunately this sun fish was dead, thought to have been hit by a boat out at sea.
Sun fish feed on jelly fish and are often seen close to the surface.

26th April 2014
Well done
Scott Matthews
Scott is 11 years old, lives in Guisborough, was fishing with his dad off Whitby railings.
Caught this bright eyed bass just before Aussie and I walked past. 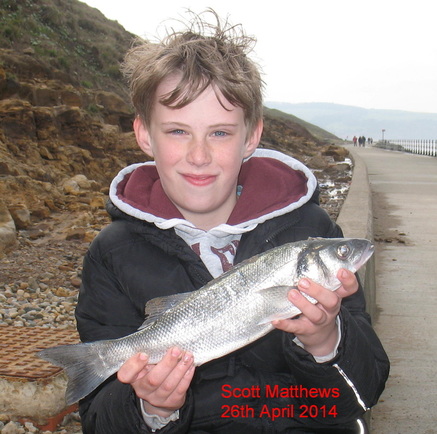 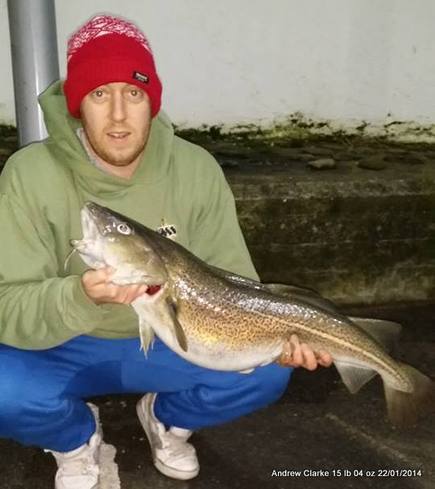 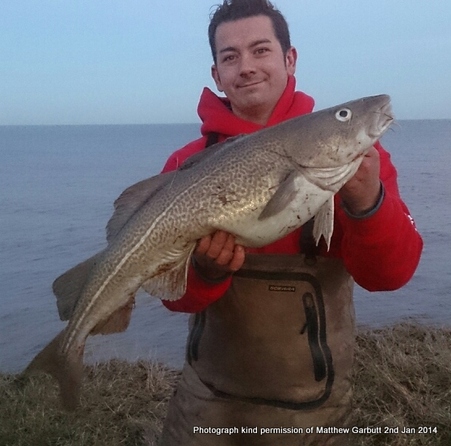 This prize cod of 12 lb 06 oz caught & weighed on site by WSAA member Matthew Garbutt.
Matthew caught this specimen cod on the afternoon of Thursday 2nd January 2014.
Unfortunately it was caught out of WSAA boundaries (Rule 20) so cannot be entered into the "Heaviest Fish Caught Out of Competition", competition.
Looking at the flat calm conditions it is a well deserved catch, well done Matthew. 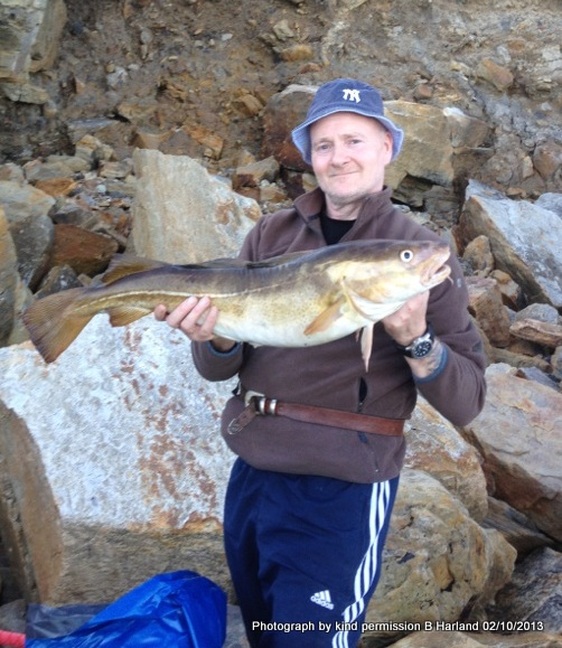 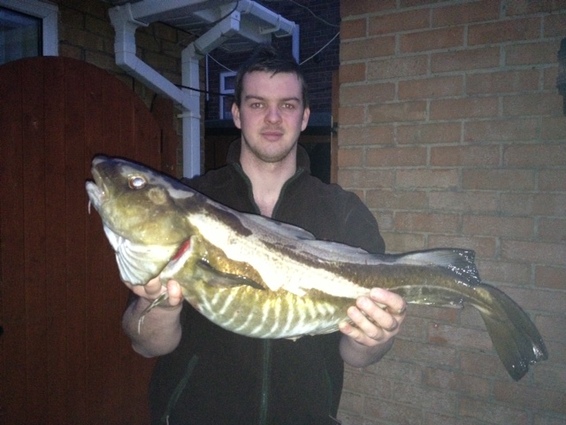 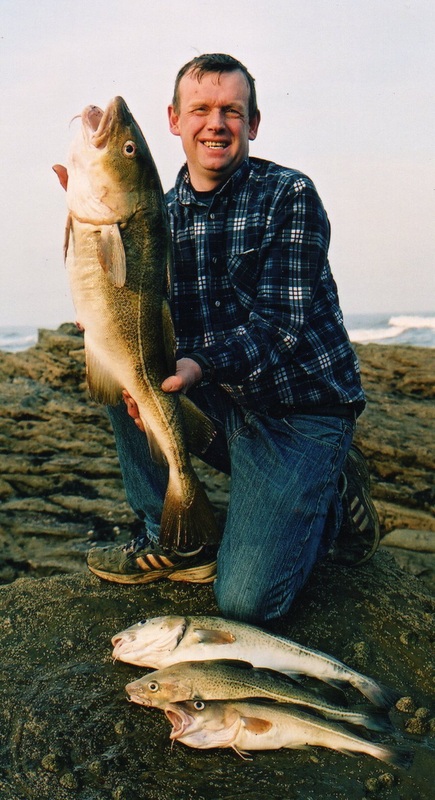 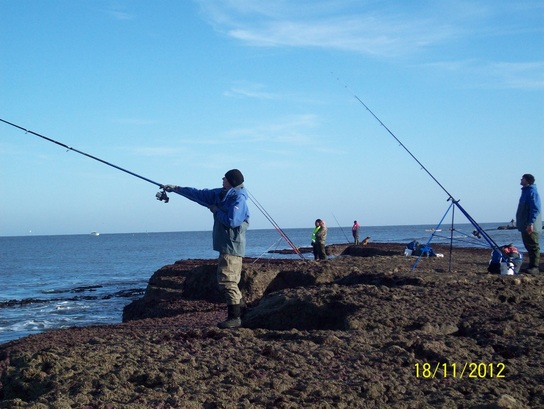