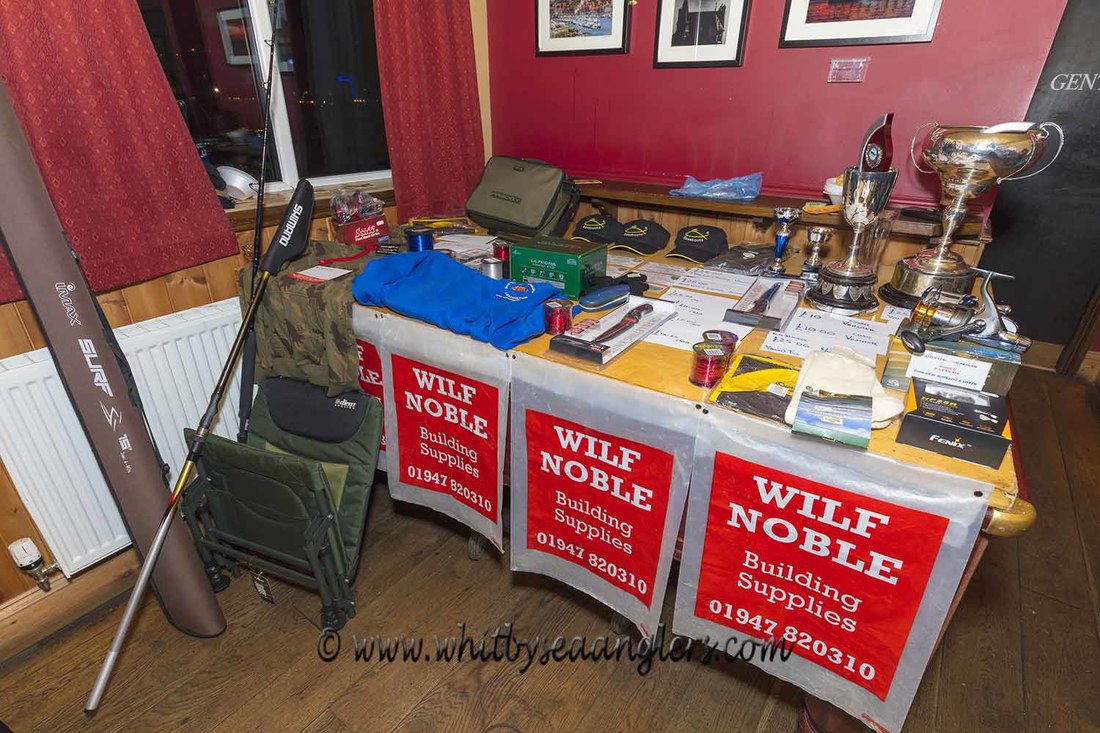 Runswick Bay, picturesque but nothing doing, too much sunshine!!

Keep it in the family

With a further £300 & £200 for second & third place prizes from Hook, Line & Sinker, Thompson’s Diggers, James ‘Jamsy’ Moore, Shell Fisherman & bait supplies.  Many thanks to our hostess Carla Smith, landlady of the Fleece, Church St. £200 sponsorship and to her staff for their hospitality and hot food provided for all anglers.

Sea state was 7 - 11ft Northerly swell growing throughout the 6hr match, fished from 10am until 4pm.  There was plenty of colour in the water but a growing sea is far from ideal with many marks unfishable, and more became unfishable as the flood pushed in, anglers moved marks throughout the match.  NWesterly wind 18/22mph slowly swung further into the West and thankfully decreasing in speed.  Cloud cover was minimal, the bright sunshine did not help even for those on shaded marks.  Temperature in the lower single figures made for a cold days fishing, wind chill on wet hands.

Once fishing it was difficult to determine ‘low water’ as the swell sets were surging throughout the match.  Weed was a problem for many, not the quantity but for the hindrance, the extra drag it caused on lines pulling end tackle into snags.

In the Heaviest Fish Sweeps

After the anglers received their/chosen prizes, the table was reset with an enormous selection of raffle prizes from which I do not think anyone went home without something.

​Many thanks to all our sponsors, if not already mentioned, and to all for competing and hopefully we will see you all next year.

Peter Horbury, Secretary
*edited once all the paper work was returned from the shops.
Not a bite until 15.50 hrs came in like a 4 lb'er, 32 cm & a lump of kelp
​Open Results - Seniors
*WSAA Member
​Dave Perrett - £200 paid out in lower cash prizes, 2x £25 vouchers purchased from Hook, Line & Sinker, and various other prizes purchased.

Lucky Ticket draw
for those who did not weigh-in