The Ship Inn open Angling Competition with the new main sponsors Tetley’s for the heaviest single cod was fished by 109 anglers.  They were fishing a north westerly sea swell to an ebbing tide on a clear wind free day from 1pm to 6pm, which resulted in 25 fish being weighed in for a total weight of 69 lb 10 oz.

The first prize of £300 and the Whitby Gazette Rose Bowl Trophy was awarded to a local angler Brian Harland by the landlady Barbara Tyler of the Ship Inn weighing in a single cod of 6 lb 07 oz.

The prize of £25 for the heaviest bag of codling was also won by Brian Harland with 2 fish for 8 lb 12 oz.

The junior event also had a good result as Mathew Hillaby, of Scarborough won a quality sea reel donated by Whitby Angling for first prize with a codling of 1 lb 15 ½ oz. 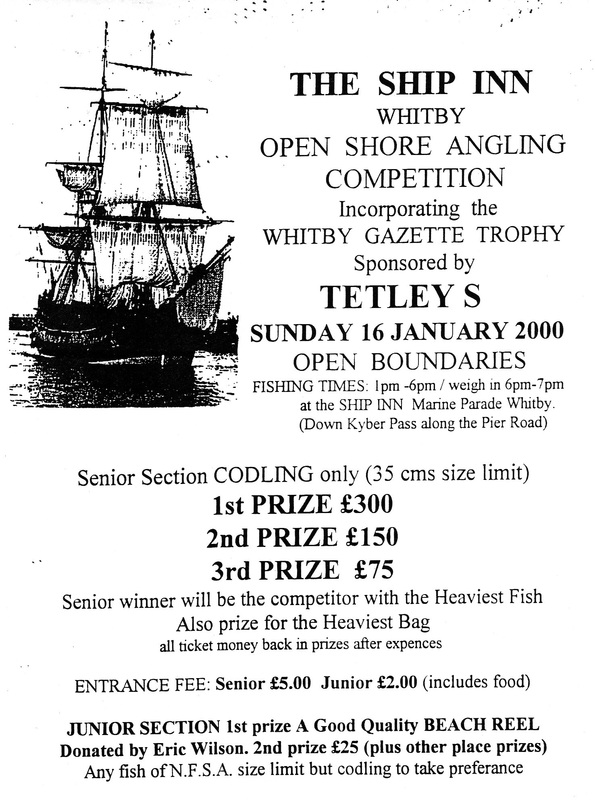 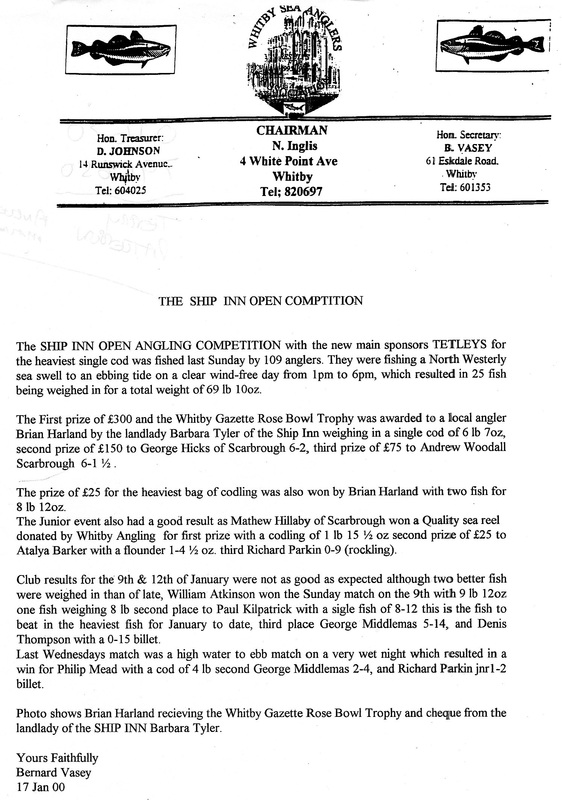 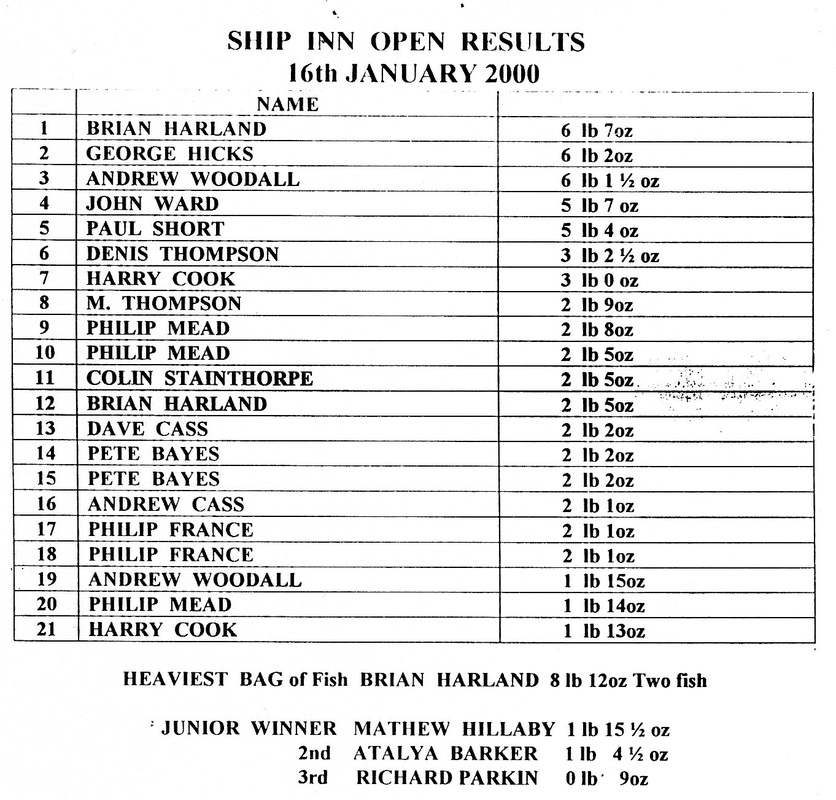