Arriving at our chosen marks 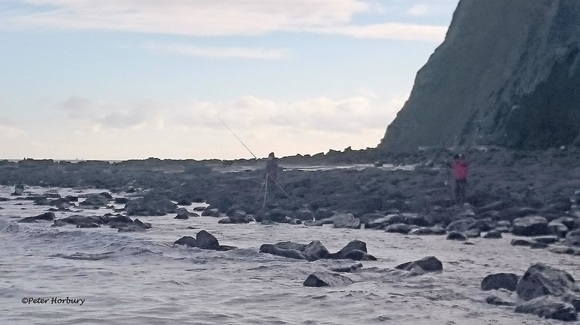 ↑ - Rich Deadman nearly left it too late to retrieve his rod - ↑ 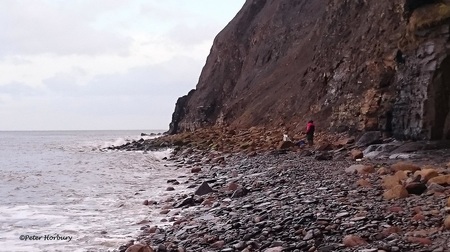 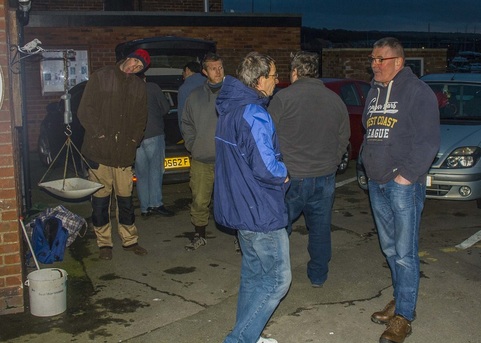 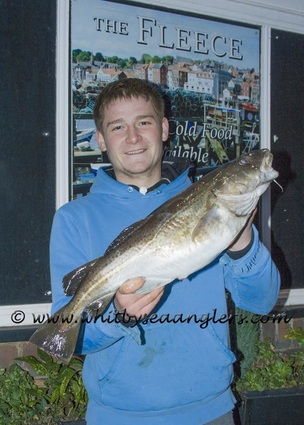 ​The two clubs revived their inter-club match, last fished in 1988 which Cloughton hosted and Whitby won, making it 2-2.  Brought about by a joint effort from both club secretaries, Peter Halder & Peter Horbury, and long may it continue with the support of the members from WSAA & CRA’s.

Storm Imogen was fast approaching the west coast of the UK, strong south westerly winds made for a dropping sea 1-2ft of both Northerly and NEasterly swells.  Water was coloured but with a poor catch forecast it was going to be a hard match for all.  Rain held off, although a few rainbows were spotted at sea off Kettleness.

Wind was a problem even though it was off the land it vortexed down the cliffs, one minute northerly the next southerly.  As the flood pushed anglers back the wind eased and no longer hindered casting.  Bright sunshine for some, as others were in the shade of the cliffs which may have given them an advantage.  Match started at 10 am, and for 6 hrs (hoping) for just one good codling would be enough, but fish bites were scarce unless you targeted for what was in front of you - in my case, rocklings.

Come 4pm anglers had 90 minutes to reach the weigh-in at the Fleece, Church St. Whitby.  Many thanks to Bernard Vasey, James Gilpin & Dave Perrett, who didn’t fish but oversaw the weigh-in.  After the weigh-in members retired to the Fleece for refreshments, a hearty stew with crusty bread had been laid on courtesy of Carla Marchment, landlady of the Fleece.  Many thanks from all, it was most welcome and appreciated.

Many thanks to Peter Halder and the Cloughton members for a memorable match, and to congratulate them as this years winners, Av 1 lb 09 oz / man to Whitby’s Av 12½ oz / man. 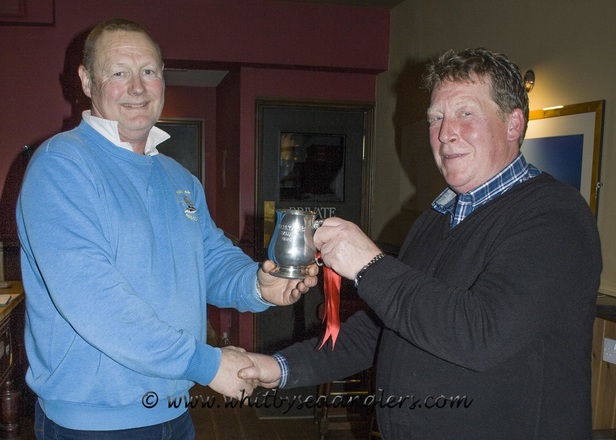 ​Mid-week
Evening Thursday 4th February, Whitby Sea Anglers Association fished in the semi-finals of the ‘Yorkshire Fours’ against Filey.
Whitby came away winners 3-1, and thanked Filey for their hospitality.  Ben reported losing a 6/7 lb’er on a rocky snag and was unable to free it while trying for a ‘better lift’.