'Beast from the East' 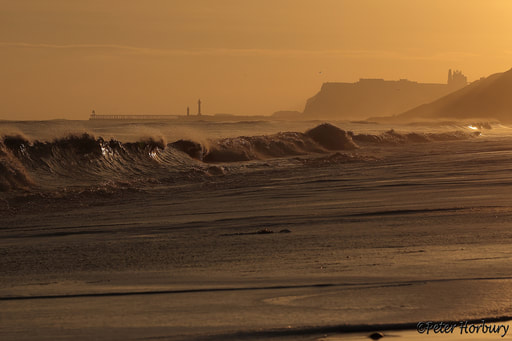 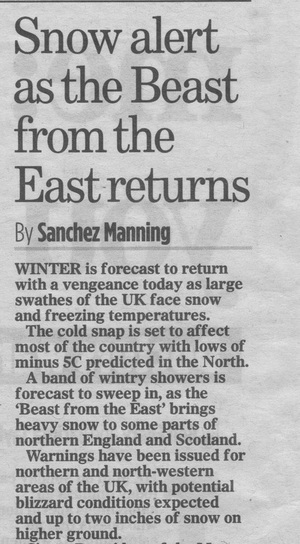 Northern Ireland, Scotland and the west coast of England were forecasted to be badly affected.  Whitby, and the North York Moors were due to see snow late Sunday afternoon, early evening, in the mean time we were blasted by a strong south westerly.

I recorded an air pressure of 983 mbar on my barometer in Whitby, with the low pressure centre far west over the Irish sea, being considerably lower.

So why, as asked on my Facebook page, Beast from the East and not West?

I am not a meteorologist, but a basic understanding of the weather is important and help is always at hand from members.  With two skippers from Whitby Chartered Skippers Association, Paul Kilpatrick, 'Sea Otter 2' & R Cope, and two RNLI volunteers, Andrew Cass & Ben Laws, weather is always a topic for discussion after a match, and for the next.

on our Links page - XC Weather (currently set for Whitby)

a daily pressure, at 3 hourly intervals

Basics for the northern hemisphere 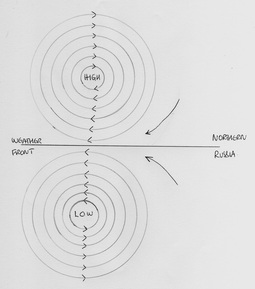 On Sunday 22nd Feb 2015, the Low pressure system's centre was in the Irish Sea.  Snow being forecasted for Northern Ireland, Scotland and the west coast.  In Whitby we were getting a battering from a strong south westerly wind.


Not shown on the TV weather, but not so far above that Low pressure system there was a High pressure system (rotating clockwise).  Like the gears in a gearbox these two systems meet at the weather front, and with the combined anti & clockwise rotations drawing in air. 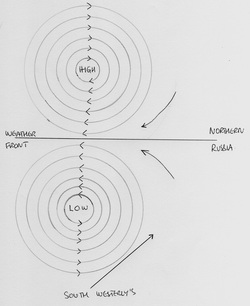 This air was drawn from northern Russia, very cold and hence gave its name to the weather system, the Beast from the East.