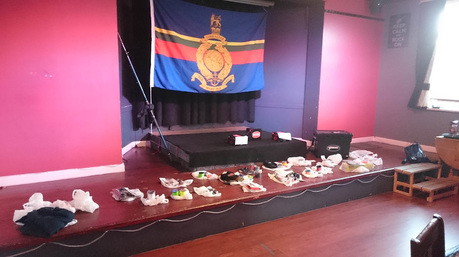 Prizes all laid out at The Frigate, Marske
↑ First port of call Saltwick bay the affect of the extreme wind can be seen on the water
↓ followed by Sandsend beach

Sadly the pictures don't show how windy it was down Pennock Nab, but the rainbow shows the advancing rain.

Many thanks to Peter Race MBE for forwarding the match results

Many thanks to all Anglers who participated, and the continued support of  our local Tackle Shops.
In particular the main sponsors:-
James Moore bait supplies
David Price Landscaping
J&P Taxis,
Penn Reels, and all those who generously provided prizes for the Prize Table and Raffle.

All the efforts have raised £570 for the Royal Marines Association, many thanks.

An excellent turn out despite the near hurricane conditions, as 57 anglers fished from 10 am to 2 pm between the Tees to Filey Brig.  Unfortunately the match date did clash with the Mick Hillaby Memorial Trophy.

​Sunday morning and storm Clodagh hits the UK, and for us on the north east coast there were strong WSWesterly winds, gusts of 52 mph which were predicted to increase and move further westerly.  Swell was northerly 1-2 ft with colour, the wind was fierce and kept changing direction as it past over the land mass and down onto the open scaurs.  The rain/hail showers were horizontal, followed by bright spells of sunshine, and numerous rainbows (sadly no pot of gold for any of us).  The swells were going past us as we stood knee deep, the wind blowing the tops off back at us.  It was relentless, with no hiding place.  Bags and bait boxes were blown all over if they weren't nailed down.

Fishing down on Pennock Nab we watched Mike Bowman pull in a codling on his first cast.  Later on poor Darren Hansen was not having a good day as one of the above pictures shows.  Hooked and played a good fish right to the edge of the scaur only for it to gets its head down and become fast a rods length from the edge.  Despite his best efforts he couldn't free the fish, and eventually snapped off.  Twice more he hooked fish but couldn't land them, eventually changing to a single hook instead of a pennel rig.

Gary Watson, the overall winner, reported on social media ‘sitting down through the worst, expecting to see a few cows and an odd car fly by’.
Dave Turnbull, 5th overall, reported he ‘felt like Dorothy in the wizard of Oz’.
Harry Cook reported being blown over twice, with rain like stinging needles.

Matty Lamb tried his best to come last again (as he did in the WSAA Open on the 15th Nov.), but was pipped by Sam Jones, instead he cleaned up on the raffle prizes.

Many thanks to both James & Peter Race MBE, same again next year, bar the wind.

New venue for the weigh-in this year, the

who are donating 3 brand new reels, either Spinfishers or there replacement

Thank you to all our generous sponsors

Now all we need is some keen competitors! 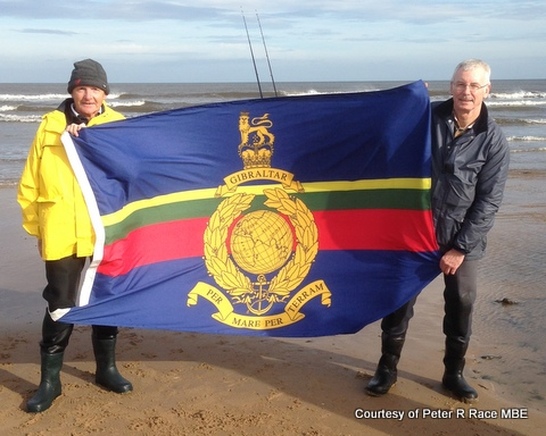 L/H Don Strathdee from Isle of Man Rent a Car and Tony Longstaff from Lodge of Philosophy. 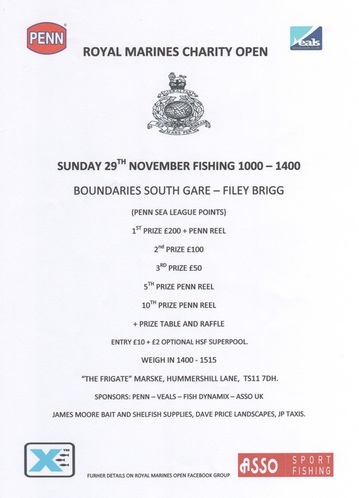