The drive over to Scarborough 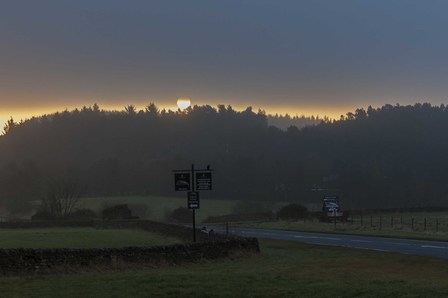 The match is organised by Scarborough Rock Anglers Social Club.

Clubs nominate teams of 8 or more, fishing for the best aggregate to win the Bell Trophy.

However the sea state was flat calm save a slight 0 - 1ft NWesterly lift.

​Tactics would play a part with some targeting flat fish down to low water, then moving marks for the flood in the hope of picking up something better.
Oasis Café, Marine Drive, Scarborough a chance to grab some breakfast.
George Dunn brings the proceedings to order, reminding everyone of the boundaries, fish sizes, and weigh-in location & times.  Apparently someone was impersonating him, singled out for wearing a matching blue overall.

(13 photographs stitched)
Hayburn Wyke for Paul Short & myself, rough ground but no fish despite 3 bites.

Only 4 teams made a weigh-in, Cloughton, Scarborough Rocks, Scalby Mills & Filey A.

​The rest, Bridlington, South Cliff, Filey B, and Whitby Sea Anglers all failed to weigh-in a single fish.

Nothing spoiling, time for a photo or two

​Congratulation go to Cloughton Rock Anglers who were victorious for the 2nd year in a row, and many thanks to Scarborough Rocks for the invitation.
​HFish & HBoFish D Ireland 4 lb 11 oz 14 drm
Jnr Charlie Crowe 15 oz 10 drm 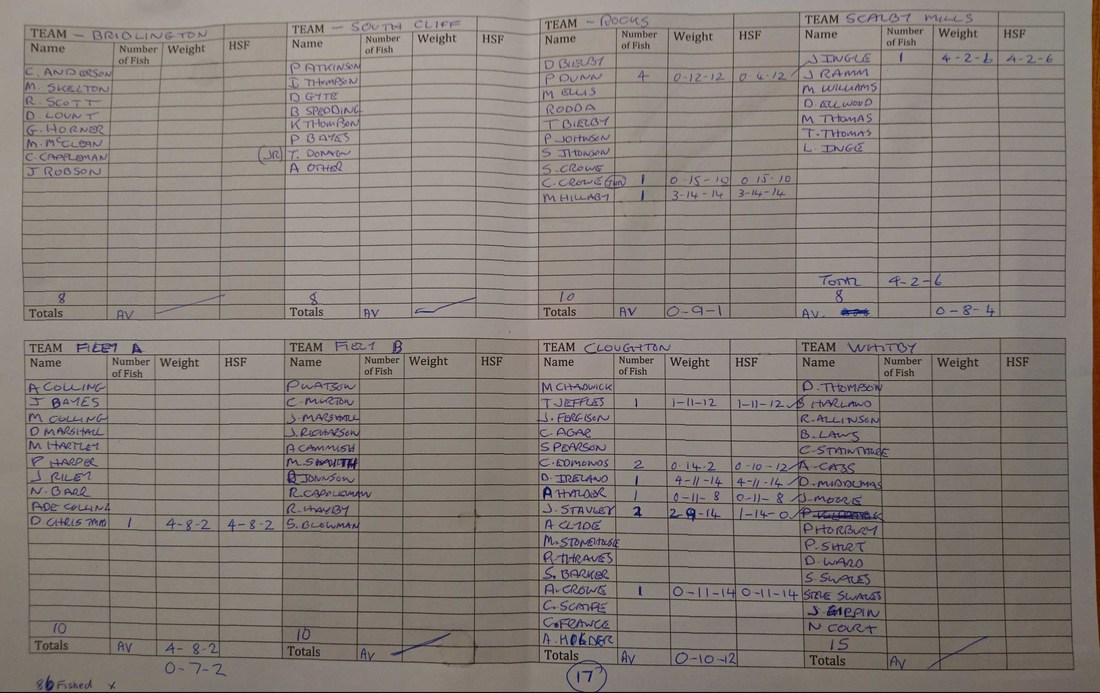