Late afternoon I had been in Whitby town centre photographing the tidal surge as it flowed over the harbour & dock walls and engulf the streets causing much damage to businesses and homes alike.  Later that night received a phone call to get down onto the west cliff beach promenade to photograph the destruction, and sheer power of the tidal surge.

Looking at the photographs taken earlier in the day thankfully the River Esk was not in full flood, as little rain had recently fallen, but conditions, damage and the wider flood plain would have been a lot worse.  Businesses & homes would have been flooded with muddy water as opposed to relatively clean sea water.  Fresh water, having a lower Specific Gravity (SG 1.000), would have been on top of the incoming tidal surge of sea water (SG 1.025).

'If', the River Esk had been in full flood then the water level would, I'm told (SBC Engineer), would have been 1 metre higher.
And this was after round one, with high water due in the morning at 06.01 hrs, 5.5 metres there is little anything can be done over night.  A report was made to the relevant authorities about the damage to the Beach management Centre. 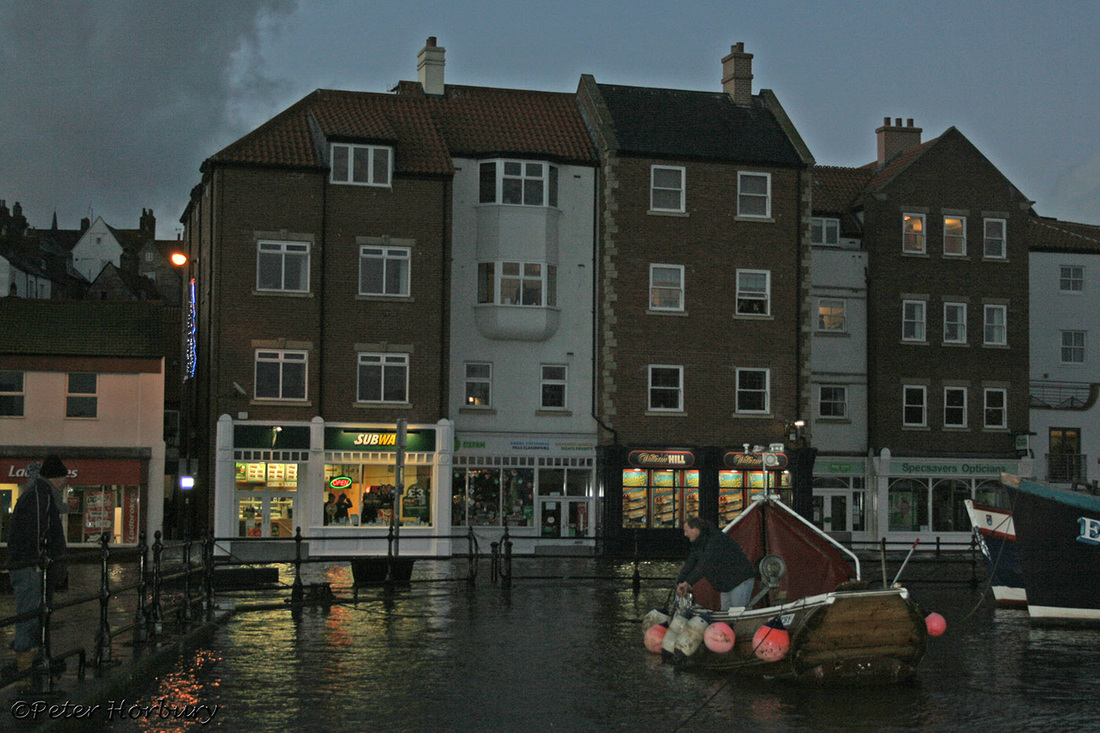 Taking a walk through Whitby and on to the sand, walking to Sandsend, where more tidal surge destruction is clearly evident.

The cave is no more 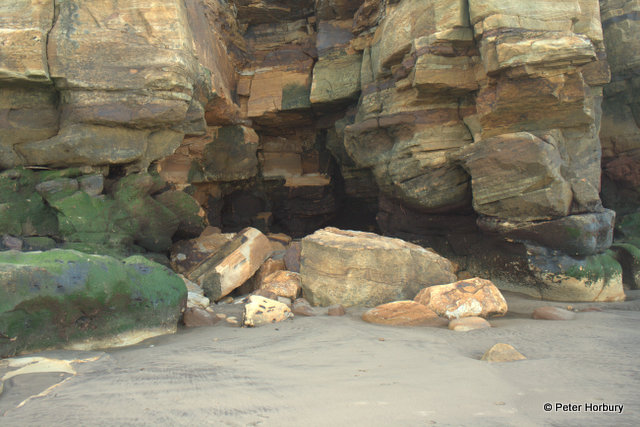 IMG7153 The cave is no more, as the roof collapses.
Some will be jumping up and down with glee, now that the temporary railings are destroyed but we, the tax payers, will bear the financial loss of SBC.

Sandsend sea defences took a battering
and continued, as the holes got bigger over the weekend 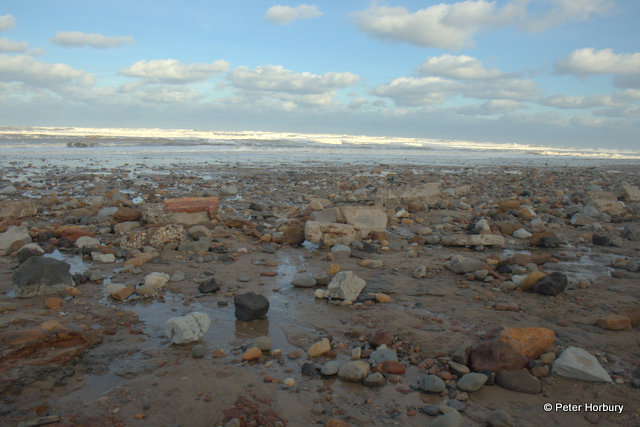 Are these the foundations for an old pier / jetty? 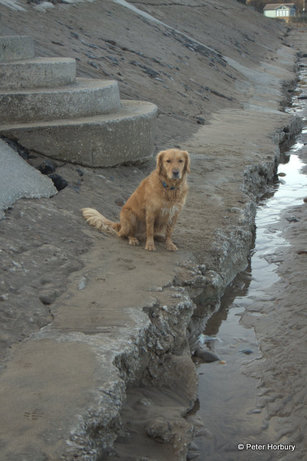 IMG7228 All the sand has gone!
With another good sea running tonight (Friday 6th Dec. 2013) how much more damage will have been done? 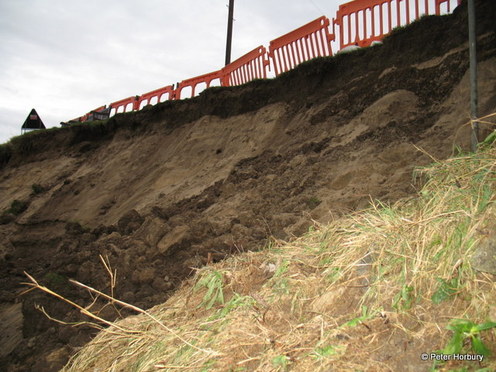 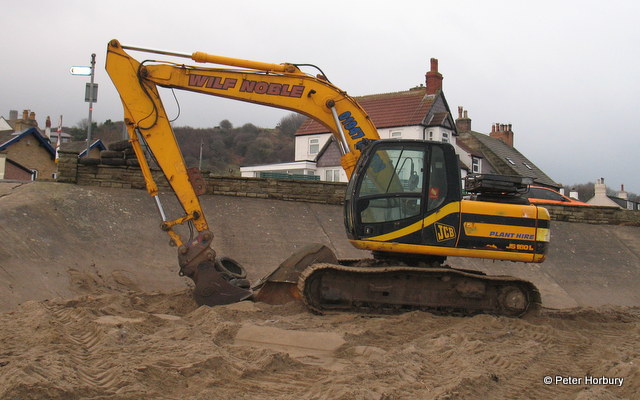 Speaking to an elderly couple walking on the beach, (this afternoon Wed. 11th Dec. 2013) told me the storm of 1953 was more destructive, in that all of Sandsend front was washed away virtually to the front door of the Beach Hotel.  They too, had not seen the pier foundations before. 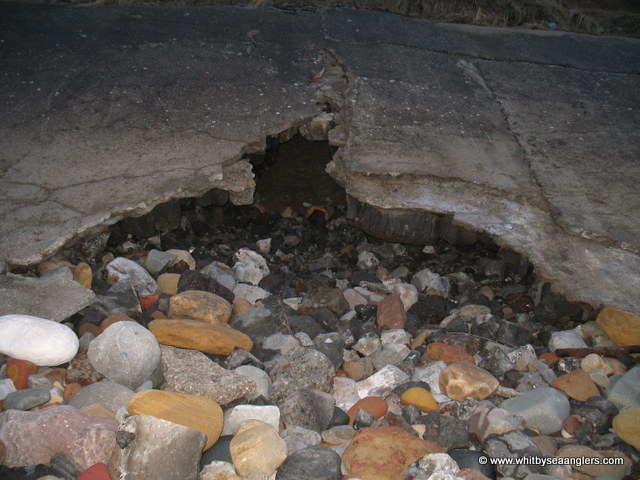 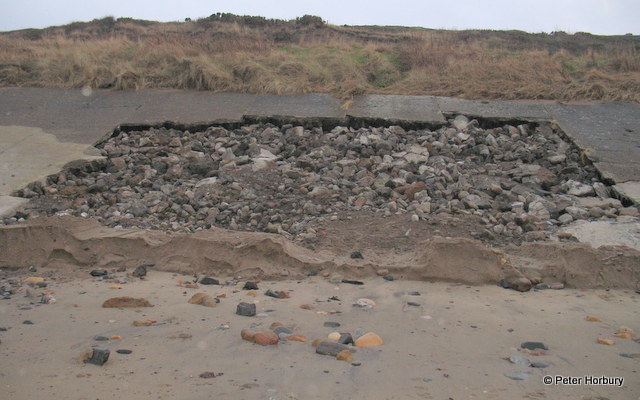 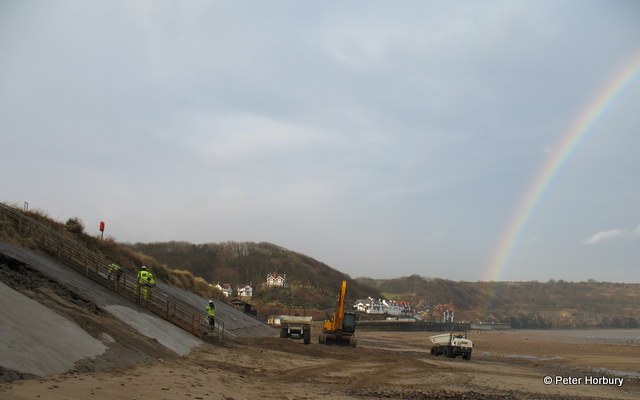 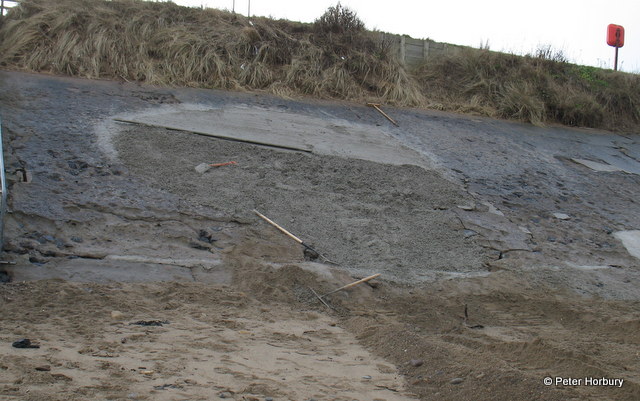 Not an easy task tamping cement on such an incline. 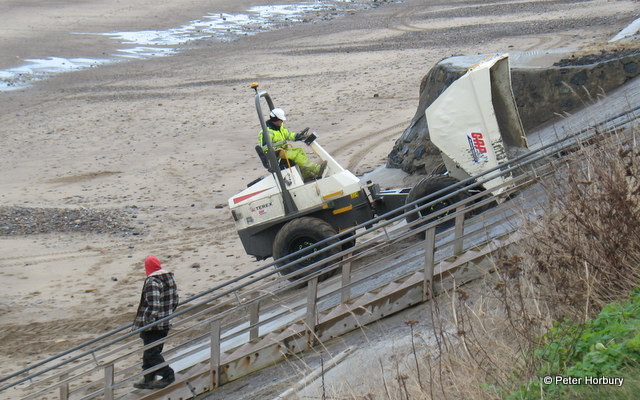 Dumper truck of cement is lost in void of broken Sandsend sea defences.
A beautiful full rainbow at Sandsend this morning.

Broken ornate railings have been cut off and taken away.
New mud slide - to monitor. 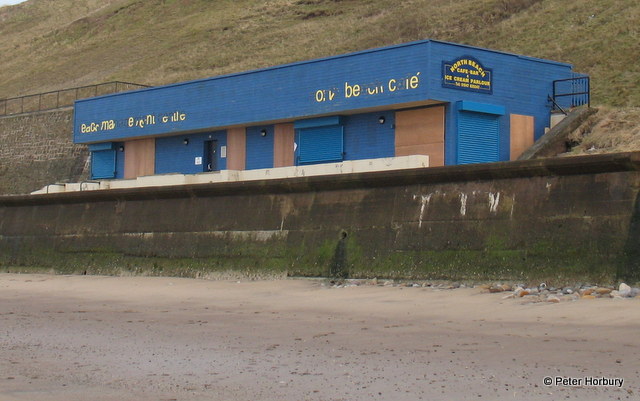 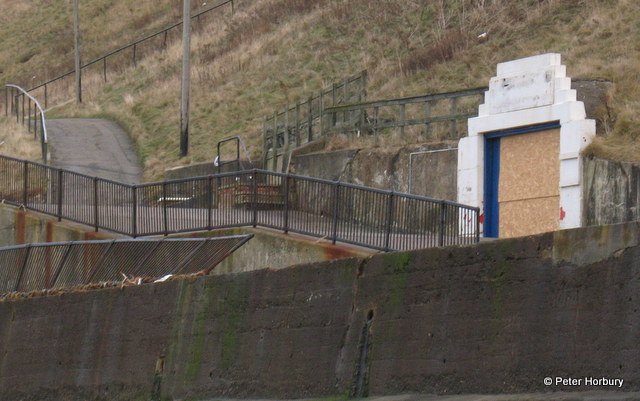 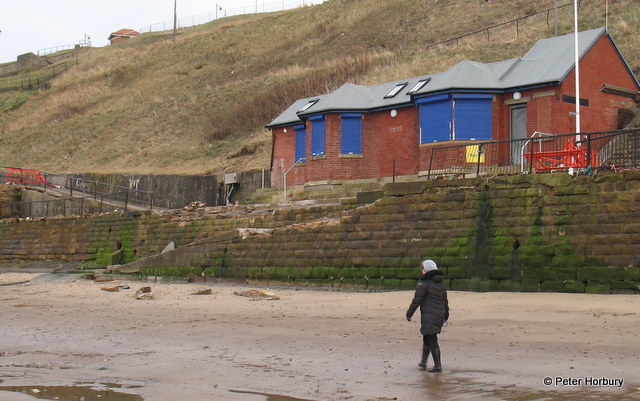 Work has begun installing 'Gabion baskets', to support the embankment.

On closer inspection of the failed railings, casting flaws, i.e. 'air pockets', clearly visible in the ornate alloy legs, could these weaknesses have contributed to quantity of broken railings?
Mounting nuts & bolts securing leg to promenade missing and previously repaired legs.
Doors boarded up but still a lot of work to do before summer.

Work by NYCC continues to install the 'Gabion baskets'.

Work by NYCC & Wilf Noble Construction, continues to repair sea defenses as work to install the 'Gabion baskets' is complete, bar some top soil and grass seed at Sandside Cafe.

Recent heavy seas have moved the sand yet again, and revealed some 'under cutting' of the sea defences.  Work repairing the sea wall, at the 'Life Guard Office/Station', is progressing well, with shuttering up and ready to pour concrete.

New railings continue to be installed, new coping flags on the wall - looking good as the beach chalets brighten up the promenade. 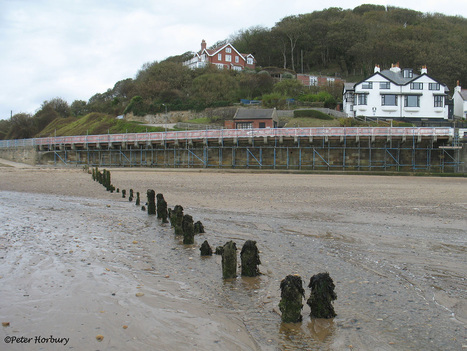