Cloughton Rocks are the hosts this year.

Paid strictly in advance please.  An ‘All In, All Out’ match. 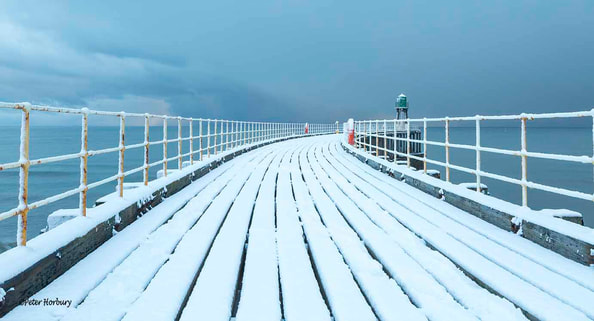 Beast from the East February 2018 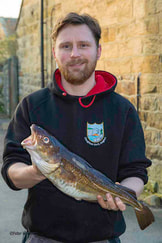 This time last year the ‘Beast from the East’, a marked difference from Sundays 15°C and bright sunshine.  Cloughton Rock Anglers were hosting Whitby Sea Anglers Assoc. in the yearly Secretary’s Challenge trophy.  WSAA - 14 fishing while Cloughton - 10 members, the winners, the Team with the best average/member weigh-in.

Sea state was flat, save a slight, close to shore ESEast swell, colour varied along the boundary Whitby West pier to Filey, Coble Landing.  The forecasted Southerly, gusting to 15mph, just did not materialise, and anglers enjoyed a very warm, bright, sunny day.  Exactly the opposite to what was required for the match.  Visibility out to sea was less than a mile, a sea fret was held off the landmass until 14.30hrs.  Then the wind shifted into the east, and there was a definite chill in the air as the sea fret rolled in.

Fishing down to low water, rocky scaurs and tangle beds were well exposed and gave anglers a chance to fish the tackle hungry deep gulleys and tidal points.  Fish bites, despite the best baits being offered, were few and far between (as expected), with some going bite-less all match.  Some had to wait for the flood to start before they picked up a codling (or two).

The all-important weigh-in was at the Red Lion, Cloughton where landlord/y Dave & Wendy Kemp had laid on some hot food & refreshments - many thanks from all.  Members were quick to the weigh-in with one or two good fish presented to Cloughton Secretary & weigh master Mark Stonehouse.  Once all members had weighed-in Mark & Peter Horbury crunched the numbers.

Many thanks to all who took part, see you next year.