October 2017 James 'Jamsy' Moore takes a break in Norway for some fishing.
© all pictures courtesy of James Moore
Hi Peter

​We all dream of catching a personal best, and there's nowhere better to do this than in Norway.

So.... Boarding a plane at Edinburgh, on to Ozlo, touching down in Bodo.

The lads & I were met by the organiser John Strange and his business partner Phil Hambrook, thereafter we headed to our log cabin in the fiords.

Alarm clocks set for 06.00 hrs we called it a night.  We awoke to a full English breakfast and headed off to our first mark.

There's no point taking your own fishing gear away with you as you can hire everything you need from John.

Including all the cold weather clothing and boots.

The log cabin has under floor heating as well as a special heated room to dry your clothing out.  Toastie warm.

The third day was my day where we fished on a mark called "The Belt" which has a jetty for the ships to berth and be loaded with granite hard core.

As the ships weren't moored this day we fished, casting out 100+ yards and started pulling in 8 lb cod.

As dusk drew in, things started picking up so I decided to drop short, 30 yards. 10 mins and then 'Click Click'.

I wasn't taking any chances so left it for 5 mins for the fish to take the nice chunk of Herring.

More line was taken down so time to tighten up on the drag.

The rod was really dipping now and I began the fight.  It felt like the rod's line was being torn off and I knew I had a biggie.

John Strange went down the side of the jetty waiting to gill it and still taking the line.

Finally, John lifts it out the water.  We couldn't believe the size when put on the scales which showed 18 lb.

Dropping 1100 metres in the centre and taking 7 minutes for the lead to reach the bottom.

This is a proper arm ache but well worth it as I pulled my first Ling from the shore tipping the scales at 16.8 lb.

On the last day I caught my first ever Haddock to finish the trip off nicely.

This trip is definitely one to tick off the fishing bucket list.

Gets two from me as I'm planning going back in the future.

To check out this experience for yourself, contact John Strange on Guided Fishing Norway. 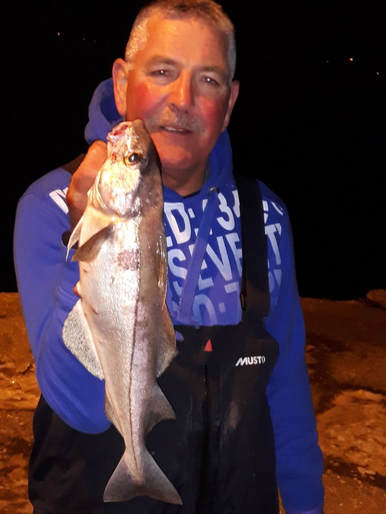 First ever haddock caught from the shore - 3 lb 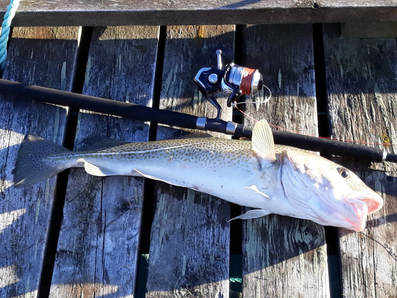 7 lb cod caught on a shad from shore using light tackle, great fun.
First ever ling from the shore, caught from a mark called The Abyss, which is 1000 metres deep!!
Taking a lead 7-8 minutes to reach the bottom!
​An underwater mountain face - result 16 lb 08 oz ling.
Fish of a lifetime a 28 lb cod!!
From a mark called The Belt, a 30 metre cast.
From hooking to landing 10 minutes.
​Still buzzing. 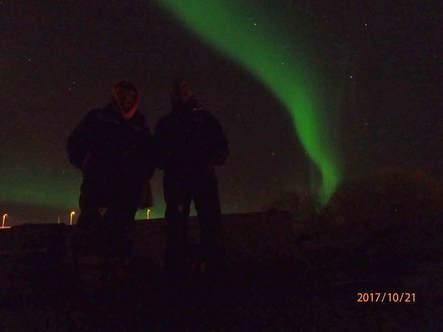