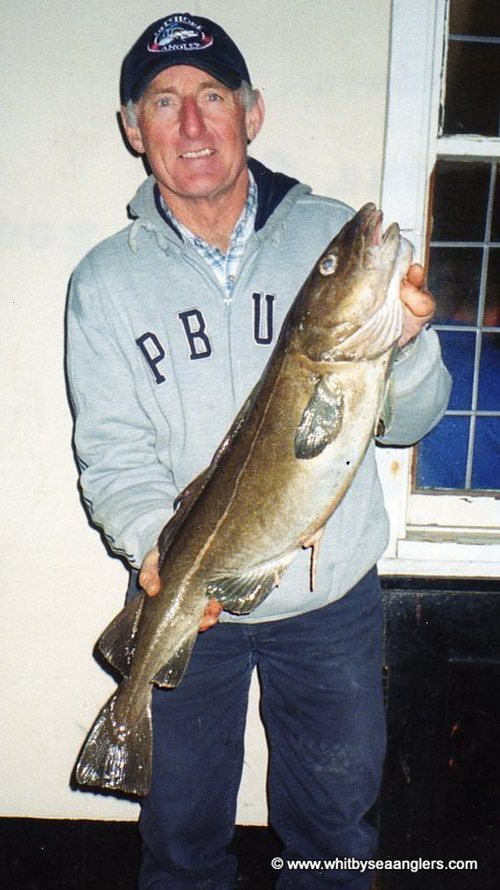 The Annual Ship Inn Open shore angling competition for the heaviest single fish sponsored by Pubmaster.  The number of entrants was down on the previous year with 74 seniors and 3 juniors taking part fishing a north easterly sea swell from 11am to 6pm there was an excellent result with 27 anglers weighing in.

The first place prize of £300 and the Whitby Gazette Trophy were awarded to Scarborough Angler Pete Bayes weighing in a single cod of 14 lb 06 oz.

Second place was also another fine fish of 10 lb 08 oz caught by Chris Scaife of Filey who received £150.

Third place prize of £75 went to Gary Watson of Middlesbrough with a 9 lb 15 oz fish.

There was also a £25 prize for the heaviest bag of codling which was won by Chris Scaife weighing in 7 fish for 28 lb 12 oz.


As reported by Bernard Vasey to the Whitby Gazette.  6th January 2003. 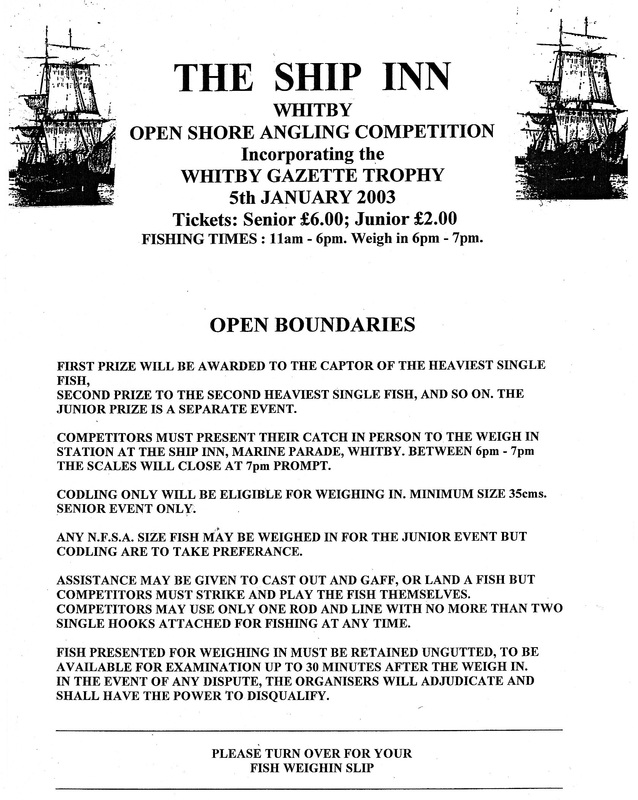 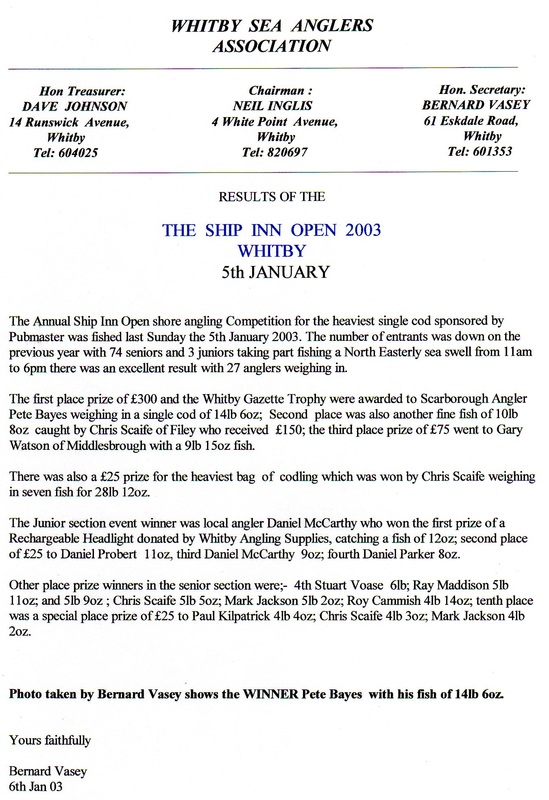