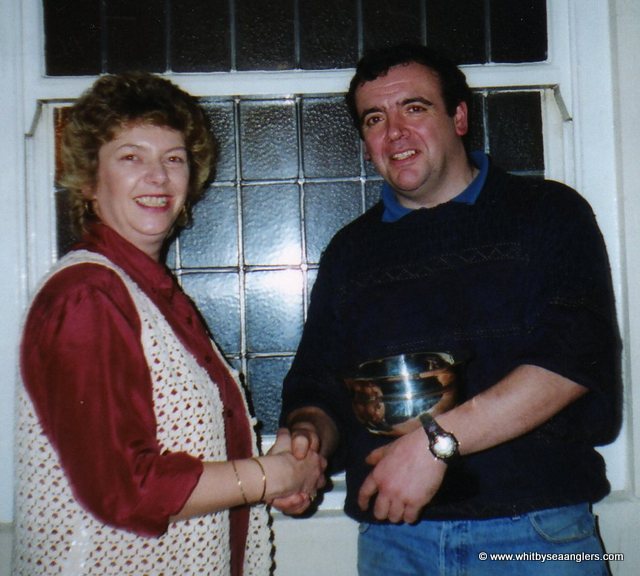 Sundays Ship Inn Open Competition sponsored by Vaux for the heaviest single codling only was fished under good conditions with a south easterly swell but with very poor results.

Entries were a little lower than last years event, 75 anglers fished from 1pm to 6pm with only 11 weighing in a total of 16 fish for 31 lb.

The first prize of £250 and the Gazette Trophy was awarded to Adrian Nelson of Whitby with a cod of 6 lb 09 oz, he also took the prize for the heaviest bag.

Second place was shared by Ian Russell (Whitby) and Geof Dann (Teesside) with a fish of 2 lb 04 oz, each received £75.

As reported by Bernard Vasey January 1996. 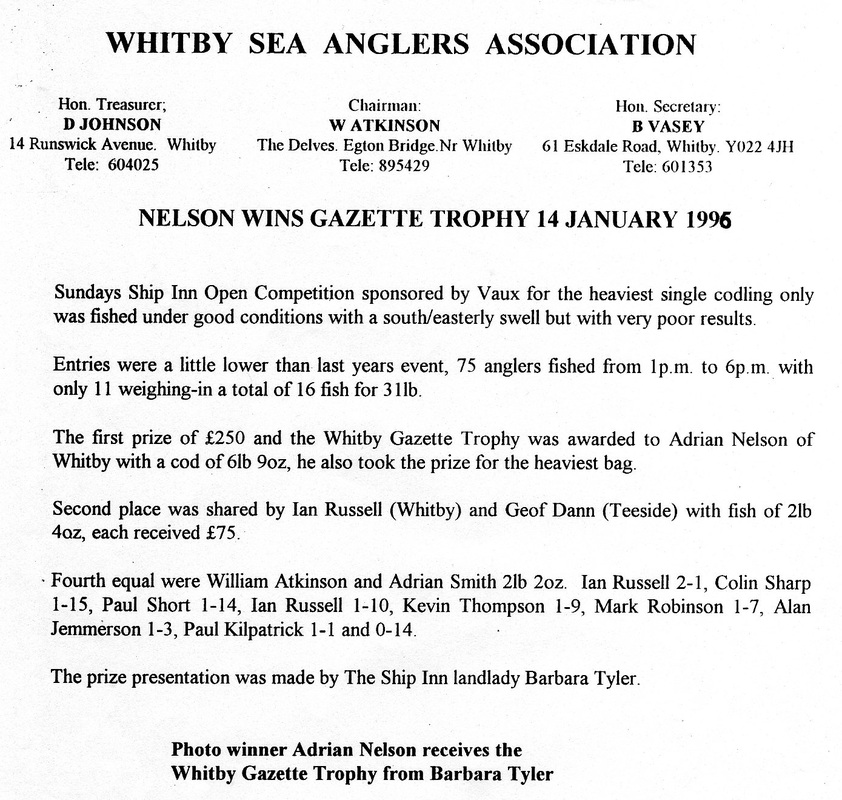