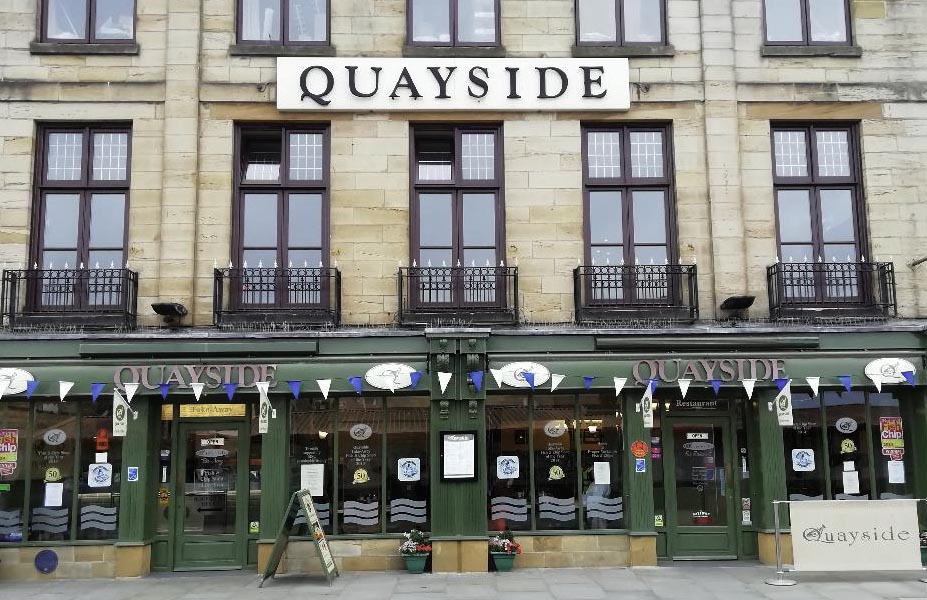 An excellent entry of 87 anglers were competing for that top prize.  An ‘all in, all out’, less expenses match, any successful angler could count on receiving a prize.

Anglers made their way to their chosen marks in bright sunshine, blue skies and very little cloud cover, it was going to be hot start to the day.

Early afternoon, as the flood took hold, the weather started to close-in, as a cold front hit the NEast coastline.

A bank of thick fog slowly rolled in, pushed by the now increasing ESEasterly wind.

By 14.30hrs it had turned very cold, and visibility was less than 100metres.

Fish bites were few and far between despite the green crab being in moult, so fresh peeler was the bait of choice.

Once the flood took hold the colour dropped out.

Jimmy Hewitson was taking the photographs.

Once the scales had closed everyone went inside Quayside to Bar 7 for the hospitality laid on by the staff.

Adrain Fusco had told the weigh-masters that any fish caught could & would be filleted and cooked for the anglers.

The 'fish' that the successful anglers had caught was quickly & skillfully filleted, cooked and served with chips and a choice of mushy peas, gravy etc.

Once Treasurer Dave Perrett, and Richard Deadman, assisted by Keeley Fairbanks had broken down the ‘prize fund’ monies the presentation began.

"Ladies & gentlemen, welcome to the first Whitby Fish & Ships Festival Open rover fishing match, in case you do not know who I am, I am Peter Horbury, Secretary of Whitby Sea Anglers Association.

Many thanks to you all for taking part, before we start the presentation there are a number of people who we should thank.
Whitby Sea Anglers Assoc. were asked to host the 6 hour fishing match during the Whitby Fish & Ships Festival.

as we all know, every Open match needs a sponsor, so please join me and show our appreciation to Adrian Fusco, who has put up the £1,000 first place prize for the Heaviest Single Fish, and many thanks to his staff for their hospitality here at Quayside.

There are a number of people, who behind the scenes also need thanking for giving up their time for the smooth running of the event. 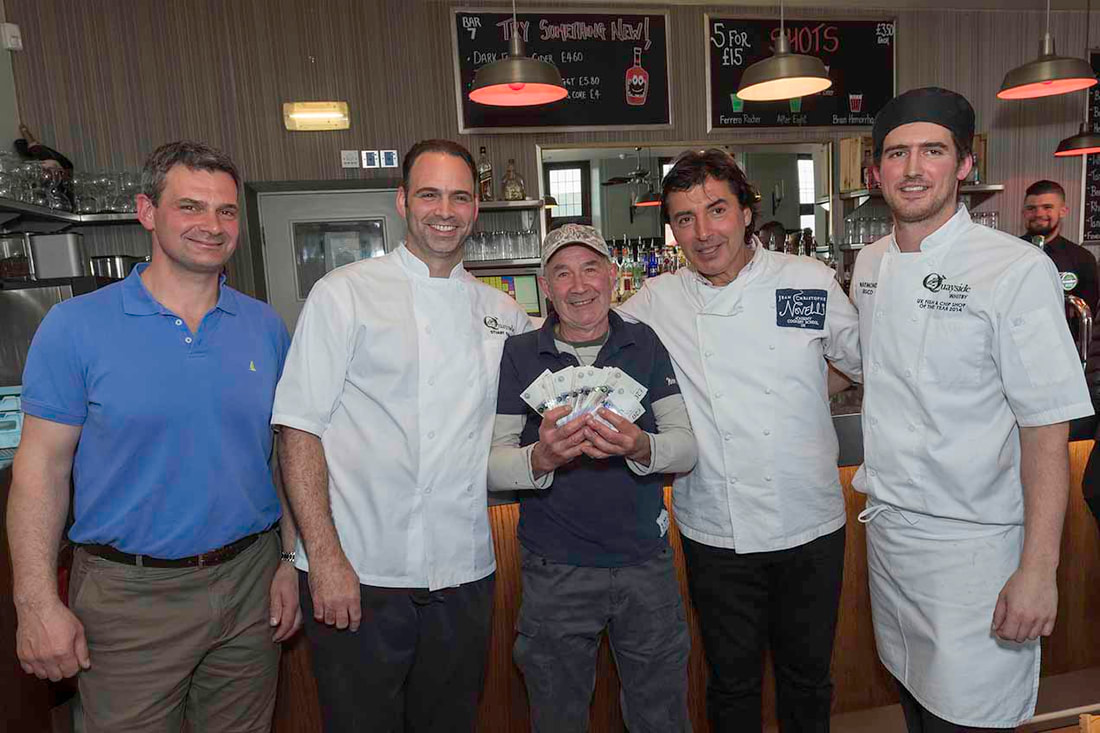 Having presented the top three with their prizes, (in reverse order) Jean-Christophe Novelli asked Peter Horbury ‘Who was last?’

Jean-Christophe Novelli told Peter Horbury he wanted to give a personal prize to this angler.

Peter Horbury thanked him, not knowing what was coming next...
Jean-Christophe Novelli addressed the anglers, 'it is remarkable what you have all done today, telling them his father had always said It is not the winning that counts, but the taking part’.

'I want to make a personal gift to the person who came last.'

Jean-Christophe Novelli went on to say his gift was £100, a signed book AND for Peter Talbot*, with his wife, to be guests at his cookery school.

There was applause from the audience, and gasps of astonishment at this very generous gesture as Peter Talbot received his prize from Jean-Christophe Novelli.

Once photographs of Jean-Christophe & Peter Talbot had been taken by Jimmy Hewitson, WSAA Secretary Peter Horbury concluded the prize giving.
* I was asked by the organisers of this years [2020] festival to get an update on 'how' the cookery school experience went.

I don’t think ‘that prize giving/presentation’ will ever be forgotten - Jean-Christophe Novelli, thank you very much, a very generous gift.

PS after the presentation Jean-Chistophe Novelli and Steve Ingleston were talking about golf.  By the end of the conversation Jean-Christophe had gifted Steve his golfing jacket.
PPS - After a match someone will more than likely have a funny anecdote from which one can add a ‘Top Tip’.  This anecdote came the following day (Mon 20th May).

So spare a thought for this angler (no names).  His mate picks him up, early doors, he’s not ready, but they load the car up and set off.  Arriving on the NEast coastline, they unpack the car, with a loaded question.

‘Did you pack my waders?’  ‘Thought you did?’ was the reply.

So they rung a ‘friend’, (he’d already set off) Yes he had a spare pair, collect from his house, no problem.

They did as instructed & went fishing, they (the waders) leaked like a sieve, but he caught fish, 4 codlings, & 2 wrasse, best codling 3 lb+.  Nearing the end of the match, when now, in full flood, he shouts to his mate ‘have you seen my fish bag?’

Rushing over to help his mate he shouts, ‘The ‘bin liner’ is here, at the back of the gulley!!  But it’s empty!!’

Top Tip - remember to pack your waders, and use a rubber fish bag with a zip.
Jean-Christophe Novelli - http://www.jeanchristophenovelli.com
Results list
Fishing 10.00 - 16.00 hrs

All In, All Out - less expenses

​• Exclusion of Liability - Neither the Club nor its Officials or Committee shall be liable for any damage to property, loss, death or injury caused to any full and temporary Open members arising from their participation in any competitions held by the Club.

• Insurance - It is recommended that all full & temporary Open members shall insure themselves against damage, loss, death or injury arising from the sport of Angling including their participation in any competition held by the Club.

• Match entry fee is non refundable & ticket sales will cease at 10.15hrs unless special arrangements have previously been made with the retailer.

• No competitor can fish 90 minutes before the start of the match.

• Competitors can only use one rod for fishing at any time, and must weigh-in their own fish.

• Assistance may be given to cast out, gaff, lift, or land fish, but only competitors must strike and play fish for themselves.

• Only two hooks may be used at any one time or one twin point (no treble hooks).

• Juniors (under 17yrs) must be accompanied by a parent / guardian.

• Fish presented at the weigh-in, must be retained ungutted and be available for examination up to 30 minutes after the weigh-in.

• Unwanted fish to be placed in the bucket provided & not thrown in the harbour - thank you.

• The following are not eligible to be weighed-in: rockling, rays bream, and lumpsuckers.

If not referred to above, then 25cm.

• Any objections must be lodged with the officials during the weigh-in, or they will not be entertained.

• In the event of a dispute then the organisers will adjudicate and have the power to disqualify.

• Any angler in breach of the rules will be disqualified.

• Defaced or photocopied tickets will not be accepted by the weigh master.

• Prizes - STRICTLY NO 3rd party collection, to be collected in person.

• At 17.00 hrs* a WSAA committee member will stop any late anglers joining the weigh-in, in the event of a queue. 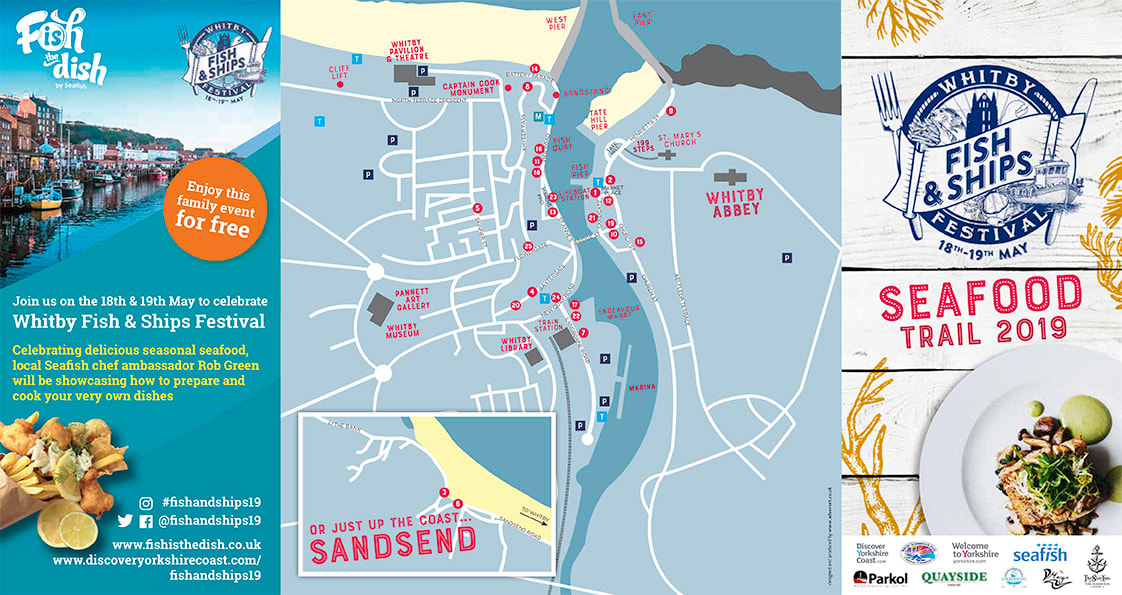 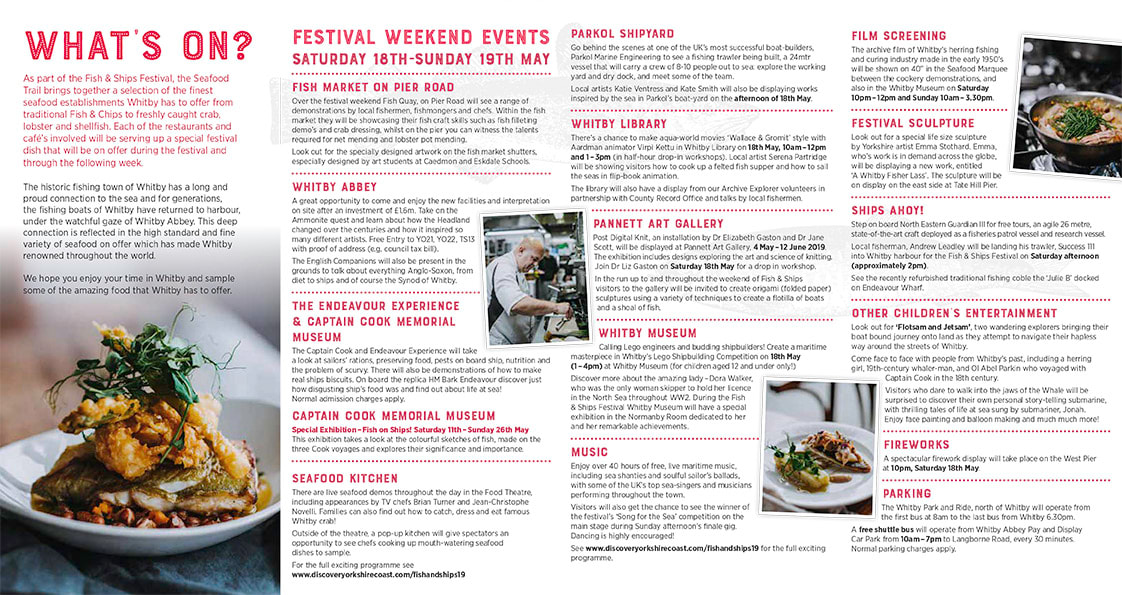